It is a voluntary pledge that aims to ensure all members of the Armed Forces community, past or present, are treated with respect and fairness by the communities, businesses, and people they courageously volunteered to serve.

Priory Group, a major UK employer with a workforce of more than 20,000, pledges to support employees who continue to serve as members of a Reserve Force. It also promises to encourage employment of veterans of all ages by offering flexibility with granting leave and accommodating training/deployment.

It was Louise Watts, Director of HR in Education & Children’s Services and Central Services, who suggested Priory Group sign up to the Armed Forces Covenant.

Louise explains why she feels signing the pledge was so important. 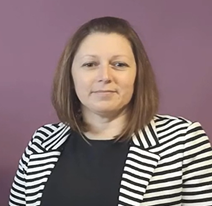 Tell us why you wanted Priory Group to sign the Covenant?

As an Armed Forces daughter and wife of a retired Army Major, I am aware of the amazing transferable skills our veterans have. I am also very aware of the sacrifice the Armed Forces community makes for the country. As I learned more about the Covenant, I felt it was the right thing to do for us as a company, especially with the sector that we are in.

Have you found Priory accommodating to service personnel and their families?

It can sometimes be difficult to initially identify the transferable skills of applicants if they are not written in civilian or sector language, but we do have a proven record of recruiting and supporting veterans. In terms of families, we will absolutely be able to provide support - especially if they are moving around the UK; we naturally do this already but can now make more of a big deal about it.

What difficulties can people in service families face when seeking employment?

Growing up, my late mother decided that her career was important so instead of placing my sister and I in boarding school, or moving us around every 2 years, we stayed in the same house and my father moved around the UK, and even abroad, unaccompanied. Whether you move every two years, or a member of the family does, it can be really difficult finding an employer who understands that they still have a great employee even if it is for a short time. Not many companies are our size, and can support moves to different roles. It can be a real sacrifice for a military spouse / partner without the support of employers who understand.

What do you hope signing the Covenant will mean for service families such as your own?

It means that we are able to offer flexible working alternatives, jobs that can be moved across all of our 450 sites, and also career breaks (for a period of a posting abroad) so that a job / career is possible for service family members.

Sam Reen: “All Service Personnel have more to offer than they think”

Sam Reen is an Administration Support Manager for Priory Group Healthcare Admin Support Team. She served for 21 years as an accountant for the army, and here she tells us about the challenges of making the jump to civilian employment 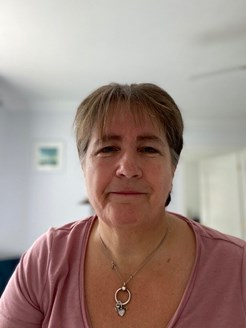 Can you tell us about some of the issues and obstacles experienced by former Service Personnel when seeking employment in ‘civilian life’?

One of the biggest hurdles that I came up against when seeking employment in civilian life was understanding how my experiences and qualifications would fit in, and how to complete the job application with information that would get me in the door, for them to see the wealth of experience I had to offer.  The resettlement course for CV writing helped me to understand the transferable skills that I had obtained in the service, and the key action words to use, so this was a very helpful course to help structure CVs for different type of roles. What they could not help with was completing job applications and actually selling yourself. This was something that I had to develop over time, an understanding of what employers were looking for. After many rejections, I was able to use my service qualifications to support the application that resulted in my employment with Priory Group.

What skills and values do you feel you bring to your role with the Priory Group, as a former member of the services?

My first role in Priory was Admissions Manager where I was able to use my communication and oral skills. These helped with being able to talk with all the service users and staff and outside agency people.  I was prepared for setting goals and managing all tasks in the time frame given, as well as planning/organising and prioritising. The service showed me how to create a working environment where others work hard and are willing to achieve, by giving clear explanations or requirements with no conflicts or confusions, as well as encouraging and rewarding people.

Do you have specific advice or words of encouragement for other former Forces Personnel seeking a new ‘civilian’ career path?

That all Service Personnel have more to offer than they think, and understanding their transferable skills is key to believing in themselves and being able to show employers that they have so much to offer given the chance.  When you have been in the service for any length of time, you become steeped in its culture, traditions, and working practices, and you therefore behave in the accepted way. This is very different in civilian life, which is less formal and your ability to observe, understand and adapt will be crucial to your success.

What issues faced by former Army Personnel and the families of Serving Personnel should employers be aware of?

Service and family life is not always easy. Moving around every 3 years, being in war zones away from family and friends for months on end, constantly being under fire, does not come without its problems later when service life is over, so settling down to a 9 to 5 job is daunting at times and can take a while to adapt to.

What do you think are the benefits to employers who sign up to the Armed Forces Covenant?

In recent years we have seen unprecedented change in organisations, which has transformed work and career possibilities. Being part of the Armed Forces Covenant will give these organisations the opportunity to see what an ex-Service person has to offer before they are lost to other organisations. 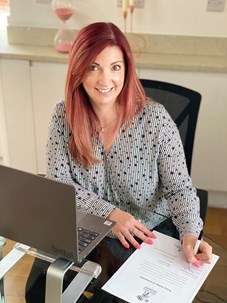 What do you hope Priory’s signing of the Armed Forces Covenant will achieve?

This is a two-fold answer; firstly, by signing the Covenant we want Priory Group to be seen as a real opportunity for employment for both ex-Service Personnel but also family members of Military Personnel still serving. We have the ability to support family members as they are relocated due to the size of our organisation and the breadth of the roles that we can offer. Secondly it’s about ensuring that those ex-Armed Forces Personnel and Reservists who are currently working for us are given all the opportunities available through our career pathways. but also providing colleagues with a new career in a great organisation.

Can you tell us how Priory will become a better employer for the Armed Forces community as a result of signing the covenant?

We already employ a number of veterans in Priory and we intend to bring both veterans, reservists and family members together as part of our Forces Friends Network. By listening to these colleagues we will be able to build on where we are today. We intend to implement full pay for reservists who are undertaking training activities, which I hope will show our commitment to both our colleagues and the Armed Forces covenant. We have pledged to offer guaranteed interviews for service leavers, and we plan to establish a tailored career pathway for service leavers to support them transitioning into their new civilian life. We intend to work with the Career Transition Partnership to make this a reality and ensure we are an employer of choice for service leavers.

What are the benefits of employing former Service Personnel?

We have found the former Service Personnel that we have employed within Priory to be valuable members of our teams. We have former Service Personnel working in our project teams, IT teams, HR teams and within operations and everyone brings their own expertise. They bring with them a number of attributes including team work, transferable experience, and they are used to working in highly pressurised situations and environments; Priory Group is fast moving and is complex and the structure lends itself well to supporting ex-Service Personnel with their transition.

Priory is committed to helping service families as well, can you tell us about why that is important?

This is the one area that we have a lot of work to do; we know that often families are deployed all around the country and we are in a unique position to be able to maintain employment whilst supporting their relocation. We have over 450 sites and we are committed to supporting family members to relocate with their loved one while having the assurance of continued employment. In addition, the pandemic has highlighted even further that colleagues in our central services departments can work remotely, and we offer many remote working opportunities as well therefore ensuring family members can continue in the same role in a different location.

For details of current positions available within Priory Group, please call our recruitment line on 0116 240 8692 or click here to visit our careers website