Many children struggle to express how they feel, which can make it difficult for adults to recognise whether they may be suffering from a mental health problem.

To help parents, carers and teachers identify whether a child has OCD, we have outlined the symptoms to look out for. Our guide also includes information on the steps that can be taken to help a child understand their feelings and the treatment that is available to address OCD early on.

Are you seeing these childhood OCD symptoms?

Symptoms of OCD can be slightly different in children. It is an anxiety disorder of two parts – obsessions and compulsions. Obsessions can occur in the form of thoughts, images or urges, while compulsions are the actions that can be taken to get rid of – or cope with – these obsessions.

Children are likely to have different concerns to adults and it is common for children to suffer from just obsessions or compulsions. Sometimes one will be more prominent than the other. As they don’t always appear in equal measure, this can lead to the signs being overlooked.

Here are what obsessions and compulsions may look like in children:

OCD symptoms in children at school

OCD symptoms in children at home

Symptoms can regularly change. They may not be consistent and can increase or decrease depending on how stressed or tired a child is. Even if they do fluctuate, this is the natural course of the illness and not a sign of recovery so it is important to still seek any necessary help.

Next steps and treatment for children with signs of OCD

If you have spotted any of the obsessions and compulsions listed and have concerns about a child who might be expressing these signs, speak to a GP for advice. They may also be able to refer the child for expert OCD treatment at Priory. 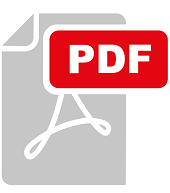