Priory consultant psychiatrist Dr Ian Nnatu, who is based at the Priory Hospital in North London and Priory’s Wellbeing Centres in Harley Street and Fenchurch Street in central London, has been named as one of the most influential people of African or African Caribbean heritage in the UK, in the annual Powerlist.

The list was judged by a panel chaired by retired High Court judge, Dame Linda Dobbs.

First published in 2007, the Powerlist honours men and women across a range of industries, including sport, arts, science, business, technology and many more. 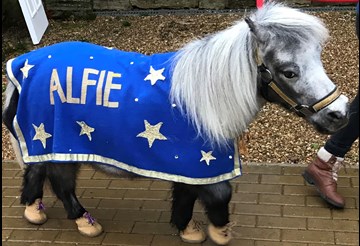 The nominees are judged by a panel on ‘how influential they are in their immediate sphere of expertise’ and ‘how far that influence reaches beyond that’.

The list is sent out each year to schools and universities to showcase those included as role models to young people. It is also distributed to firms to highlight talent within the industry.

Reflecting on his successful nomination, Dr Ian Nnatu said: “I feel really privileged to have been included in the 2020 Powerlist and, as the only mental health professional on the list, I am particularly pleased because this recognition could really help raise the profile of mental health.

“The Powerlist helps to provide professional role models for young people in the African and African Caribbean communities in the UK.”

Dr Nnatu studied for his MBBS (Bachelor of Medicine and Bachelor of Surgery) degree from the College of Medicine at the University of Lagos, Nigeria in 1994, before moving to the UK to complete a postgraduate degree in psychiatric training in London with the Charing Cross and St Mary’s training scheme, and was awarded the MRCPsych in 2002. The MRCPsych is a postnominal qualification awarded to physicians who have completed the prescribed training requirements and membership examinations mandated by the Royal College of Psychiatrists.

He has since completed a postgraduate diploma in cognitive behavioural therapy (CBT) at Kings College London in 2006, and this year, received an MSc in Healthcare Leadership from the NHS Leadership Academy.

Dr Nnatu has over 20 years’ experience working as a psychiatrist for the NHS and was appointed consultant psychiatrist in 2006. He has a particular interest in the treatment of depression, anxiety and stress-related disorders.

Dr Nnatu also received recognition for his contribution to psychiatry when he was elected to the Fellowship of the Royal College of Psychiatrists (FRCPsych) in 2013.

Dr Nnatu advises others in the industry “to work hard, strive to deliver high quality patient care with the patient at the centre of everything that you do. Remember we are all role models and leaders.”

The Priory Group is the leading provider of behavioural care in the UK, caring for around 30,000 people a year for conditions including depression, anxiety, drug and alcohol addiction, eating disorders and self-harming.