The Priory Group has announced that it has signed the Armed Forces Covenant, demonstrating its commitment to support veterans, reservists and their families currently in employment - and to encourage those who serve, or have served, to join the Priory Group team.

The Armed Forces Covenant is a voluntary pledge that aims to ensure all members of the Armed Forces community, past or present, are treated with respect and fairness by the communities, businesses, and people they courageously volunteered to serve.

The Priory Group, a major UK employer with a workforce of more than 20,000, pledges to support employees who continue to serve as a member of a Reserve Force, and to encourage employment of veterans of all ages by offering flexibility with granting leave and accommodating training/deployment.

She said Priory Group was “honoured to celebrate the Armed Forces community”, and it “looks forward to building on this commitment over the coming years”.

The suggestion that the organisation sign the covenant came from Louise Watts, who is the Director of Human Resources for Education & Children’s Services and Central Services. She explained that she is passionate about the project as “a forces daughter and wife of a retired Army Major”. That background meant she was keen to support the armed forces community and utilise the “transferable skills of our veterans”.

“Like starting a new school over and over again” is how Rebecca Taylor, Head of Group Projects for Priory Group, describes the effect of being married to an Infantry Officer on her own working life. She and her husband moved 18 times in 20 years, to places ranging from Devon and Aldershot, to Northern Germany and Paris. With the family constantly relocating, Rebecca found building and maintaining a career difficult. As she explains; “My CV did look frightening to any potential employer, with such regular changes.”

As Rebecca says, in today’s world “it is usual now for both parties to be able to contribute financially”, but that is “extremely difficult” for military spouses. This is one of the concerns addressed in the pledge to which Priory Group is committed.

Each organisation which adopts the Covenant signs a set of pledges tailored to what they can offer the Armed Forces community.

Priory Group signed the covenant on September 3rd 2020, and among the commitments it has made is to help people like Rebecca.

Specifically, the Priory Group is committed to establishing a UK relocation scheme when a Forces family moves, due to redeployment. This will include allowing a Priory Group employee to transfer not only between sites but also between the Group’s healthcare, adult care and education/children’s services divisions, as well as to a range of roles in central support. In addition, service spouses and partners will be offered career breaks of up to 24 months with “guaranteed re-engagement” at any point during that period.

Rebecca says that allowing service families to relocate is vital because it “will allow you to be ambitious” in your career. She said that it “removes the loss of earnings” associated with having to find a new job every couple of years, which she describes as a “fantastic” development.

She has worked at Priory for almost four years, and says joining the company “was the first time I saw myself staying somewhere long-term”. She has been impressed with the company’s willingness to “accommodate their staff”, and with the wide range of sites across the UK which means the Priory Group can allow staff lots of relocation opportunities.

The covenant also commits Priory Group to begin introducing paid time-off for Reservists from January 2021. The Priory Group has also committed to making its rehabilitation services available at discounted rates for members of the Armed Forces community. The Group will offer guaranteed job interviews for service leavers, and establish a tailored career pathway for service leavers to join the Group when transitioning from the Armed Forces.

Being a good employer for former service personnel already brings huge advantages to Priory Group. Priory Healthcare Deputy Ward Manager Fay-Melanie Cambridge served in Northern Ireland and Germany before joining Priory, where she has worked for the past eight years. She says that experience in military service means veterans bring “pride in their work, drive for excellence and staying power when things need to change for the better”.  She added that the “vast life experience and drive” ex-forces staff bring with them is an asset to any organisation.

Photographs below of Karen Langton, Group Human Resources Director of the Priory Group with the signed covenant, and of Fay when she was in the army. 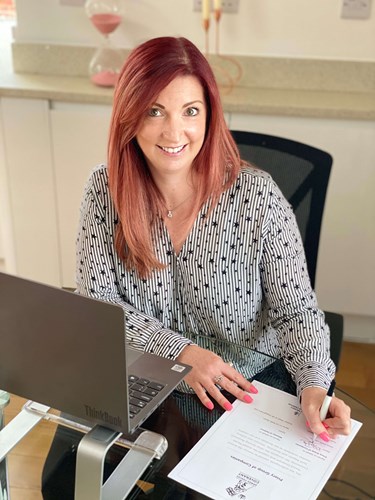 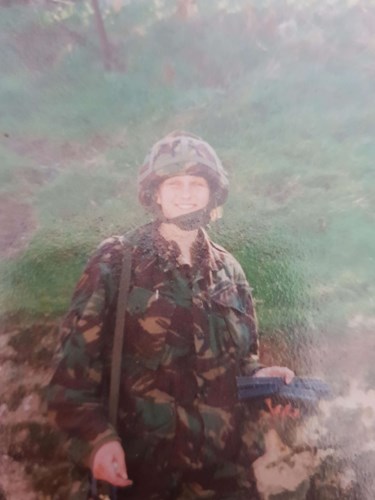