The number of people contacting the Priory for help with cocaine addiction has doubled. Enquiries about private treatment surged 100% between June 2020-2021 (up from 278 to 556).

We sat down with Priory consultant psychiatrist, and UK addiction expert, Dr Niall Campbell, based at Priory’s Roehampton Hospital, to understand a fuller picture of cocaine abuse and cocaine addiction symptoms:

Priory data shows a 100% rise in those inquiring about private treatment for cocaine addiction in the year to June 2021. Are you seeing female patients too?

“We do see women but it’s more men. The increase in cocaine use during lockdown was from people trying to self-medicate for depression with cocaine but it’s an evil drug and a very bad anti-depressant. It’s also still the number one ‘party’ drug, people want it as an ‘upper’ much more than amphetamines and MDMA. It’s still regarded as fashionable. It’s regarded as ‘cool’. Its use has become normalised. It’s on the table after the dinner party. We see female lawyers, bankers, consultants, people in the media, all sorts – it has also got cheaper. Women tend to do it more in a party situation than men. Men are more solitary users, women are doing it more socially. Both drink more, and doing coke makes you able to drink more. It counteracts the sedative effects of alcohol and seems to make people want more alcohol.”

National statistics show an explosion in cocaine use in recent years, with a rise in cocaine-related deaths. What are you seeing?

“Cocaine use is prevalent across classes and used by all levels of society. It poses a significant challenge to our health system. People want an instant anti-depressant, and they think cocaine is it, but it absolutely isn’t. We see lives totally wrecked by it.”

What is behind its surge in use?

“Increased use is partly linked to the stresses of modern living and the pandemic. People either have two jobs or no job, so they become exhausted and get depressed and some people now working from home find their relationships with their families have become increasingly fractious; that’s often when they use cocaine. They want to keep using it because of the highs, and then need to keep using it because of the ‘downers’, so cocaine leads to serious addictions, leading people to come to places like the Priory for help. People may start taking it socially and then doing it on their own and it just spirals; their life turns into a car crash.

How prolific is it?

“Cocaine can be delivered to the door as fast as a pizza. People will often have ‘euphoric recall’ about their pre-lockdown drinking or drug use, and now feel the need to be even more intoxicated, or behave more recklessly. People think it’s victimless, which the drug trade absolutely isn’t - they care more about where their coffee comes from than where their cocaine comes from.”

What sort of people are becoming addicted?

“People are working from home, doing two jobs or no job, people are being asked to take on more responsibility and increased demands. Bosses want more and more out of people.”

How has the jobs market fuelled this – are more people worried about job and working from home/jobs cuts?

“There is more unemployment in certain sectors like the travel industry, financial industries, hospitality. Companies are letting people go. Both people without jobs, and those who are having to make staff redundant, suffer high levels of stress and that can fuel cocaine addiction. Some people I see have felt devastated laying people off, or seeing something they have invested in and built up for years come crashing down.”

How are they accessing cocaine?

“People tell me that in certain parts of London, cocaine can be delivered by dealers in as little as 10 minutes via car. It can be delivered faster than a pizza. It’s said to cost around £50 to £60 a gram, and is reasonable quality as dealers want to keep their customers. A heavy user might use 2/3 grams in a night, depending how much cocaine is in it. People access cocaine on the dark web but often it’s just a coded phone conversation to a dealer. I am seeing patients as young as 18 up to the age of 65. Teens start on alcohol and sometimes have got drunk to the point of amnesia. They don’t start on marijuana anymore, they have a drink and some coke. If they hang around with risk-taking party types, they are more likely to start using themselves. The peer pressure is all there.

“Some older people have used other drugs in earlier years and then thought 'what's the harm of doing this?'”

What are the health impacts?

“There are serious - sometimes fatal - consequences to the heart, and to your mental state.

“You can have a cardiac arrest, you can have a stroke, and of course it affects your liver and the way you think and feel emotionally. It's a depressant drug after all. The irony is that people want an instant anti-depressant, and they think cocaine is it, but it absolutely isn't. If people could spend 10 minutes with the patients I see whose lives have been ruined by cocaine, they would think differently.”

According to the Drug Misuse in England and Wales report from the Office for National Statistics (released December 2020), powder cocaine is the second most commonly used drug in the last year among adults aged 16 to 59 years. Among young adults aged 16 to 24 years, powder cocaine was the third most commonly used drug, behind cannabis and nitrous oxide.

Anyone who would like help addressing their drug use should contact their GP, Narcotics Anonymous, or a provider like the Priory which offers free addiction assessments at many of its rehabilitation hospitals and Wellbeing Centres across the UK. 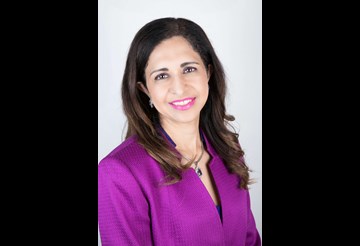 The Priory Group is the leading provider of behavioural care in the UK, caring for around 30,000 people a year for conditions including depression, anxiety, drugs and alcohol addiction, eating disorders and self-harming. The Group is organised into two divisions – healthcare and adult care.