An expert from The Priory has warned that the pressures of being under lockdown, and now easing out of it, has led to an increased risk of unhealthy and excessive drinking for some, as she set out the warning signs to look for.

Priory psychotherapist Pamela Roberts spoke after a poll of workers by the charity Drinkaware found that 36 per cent of furloughed workers have increased their alcohol consumption – a trend dubbed by the media as ‘furlough Merlot’ - since the UK went into lockdown, compared to a nationwide average of 24 per cent.

And with the job retention scheme recently extended until October, Drinkaware has warned that thousands of workers could emerge from lockdown with “risky or even dangerous” drinking habits.

The Opinium survey found that nearly one in five (18%) of daily drinkers had increased the amount they drink.

Collective pressures and enormous anxieties, especially when they are health or wealth-related, can be triggers for dangerous drinking patterns to emerge, said Pamela Roberts, who is also addiction therapy manager at Priory’s Woking Hospital in Surrey.

She said; “This period is challenging for many families right now, and if someone has a tendency to soothe stresses and challenges with alcohol, this is a time when alcohol can take over.”

Multiple stress factors included “unexpected bereavement, relationships under strain, financial and job pressures, and anxieties as we move more into the relaxing of lockdown.

“All this can sound like reasonable justification to use alcohol – but of course alcohol is a depressant. So this is a potentially toxic recipe for anyone tipping the balance into unhealthy drinking.”

The Royal College of Psychiatrists has also warned that drinking more than 14 units of alcohol a week – equivalent to 6 pints of average-strength beer or 10 small glasses of low-strength wine – while trying to “take your mind off the constant stream of news about Covid-19” is likely to be putting yourself at greater risk of the effects of the coronavirus.

Pamela Roberts explained that there are many commons signs to look out for which show that a person’s alcohol intake might be becoming problematic: “For example, when you put in rules that you begin to slip against, for example if the intention was to have one glass which creeps up to 2 or 3 glasses and then even having a bottle, or six o’clock becomes five o’clock. There’ll always be a good excuse if you want one.”

She added; “If you’re starting to put in rules and conditions, that in itself is a warning sign that something is going on there, attempts to control. Also when you start to justify it to yourself by saying ‘well that was a bad day’, or ‘it’s getting close to the weekend’.”

“These warning signs don’t necessarily mean an addictive dependency is developing, but the risk is creeping up.”

Pamela Roberts had advice for people who were concerned about the drinking of someone they live with. She said: “If you’re concerned, be factual, because you cannot control someone else’s decision to drink. You can say however, what you see and how you feel, rather than ‘you need to stop that because it’s causing me to do this’. As soon as it becomes blame, threatening, manipulation, you’re on a highway to nowhere.”

A photo of Pamela Roberts is provided below. 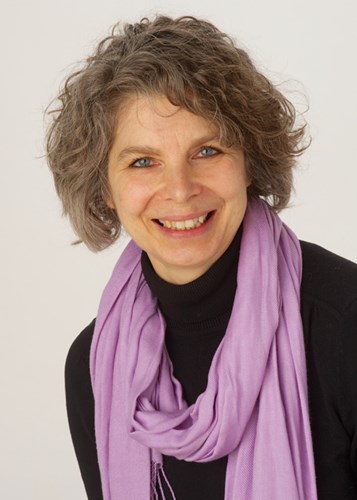