The Priory is delighted to announce that Dr Leon Rozewicz has been appointed to the Board of Directors of the Clinical TMS Society. Dr Rozewicz, who will continue in his role as medical director of Priory’s North London hospital, brings a wealth of experience to the Society which is dedicated to optimising clinical practice, awareness, and accessibility of TMS therapy.

Transcranial magnetic stimulation (TMS) is an evidence-based, safe, effective and non-invasive method for treating depression, approved by the National Institute for Health and Care Excellence (NICE). 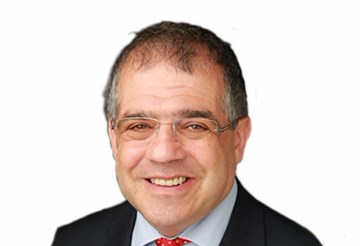 Dr Rozewicz joined the Priory Group in 2009 as a consultant psychiatrist, and became a medical director in 2015. He has specialist expertise in using biological approaches to treat psychiatric disorders, with considerable experience using repetitive transcranial magnetic stimulation (rTMS) to treat depression. Additionally, as one of the UK’s leading experts on ADHD, he works closely with experienced therapists and attention deficit hyperactivity disorder coaches, to combine medication with psychological treatment.

Dr Rozewicz says: “I am delighted to have been elected to the Board of Directors at the Clinical TMS Society. I hope to increase the use of TMS in the UK and promote best TMS practice worldwide. During the past 20 years, repetitive Transcranial Magnetic Stimulation (TMS) has emerged as a successful treatment for psychiatric disorders.”

The Clinical TMS Society was established in 2013 and includes Transcranial Magnetic Stimulation (TMS) providers with extensive clinical and research experience from across the United States and the world. Dedicated to optimising clinical practice, awareness, and accessibility of TMS, the Society has grown to over 1,000 members from more than 25 countries.

Dr Rozewicz has been a consultant psychiatrist since 1995, and has worked in the NHS for 21 years. He has been a lecturer and an honorary senior lecturer in psychiatry at St George’s Hospital Medical School in London.

He established the adult ADHD clinic in Barnet Enfield and Haringey Mental Health NHS Trust in 2007. At that time, it was only the second such service in London. Dr Rozewicz is on the training committee of the UK Adult ADHD Network (UKAAN), and he teaches on the only training course in adult ADHD in the UK.  He regularly gives talks on adult ADHD to GPs and consultants.