A new study reveals Covid 19 can have serious mental health effects on survivors.

A third of Covid patients who are put on a ventilator experience extensive symptoms of post-traumatic stress disorder, according to research.

The study of 13,049 patients with confirmed or suspected coronavirus, by Imperial College London and the University of Southampton, found that one in five who were admitted to hospital but did not require a ventilator also experienced extensive symptoms of PTSD. The most common PTSD symptom experienced by Covid-19 patients was intrusive images, sometimes known as flashbacks, and could be images of the intensive care unit (ICU) environment, ICU doctors wearing full personal protective equipment or other patients in the ICU.

The study was published in the Royal College of Psychiatrists’ BJPsych Open https://www.imperial.ac.uk/news/214593/covid-19-patient-survey-highlights-prevalence-ptsd/

A leading Priory psychiatrist and PTSD expert said he has seen a rise in patients suffering PTSD after being treated for Covid-19, some of whom were having severe flashbacks of their experience of treatment long after they had physically recovered.

Priory consultant psychiatrist Dr Paul McLaren said he had treated patients who had suffered “horrific and sometimes bizarre visions” during treatment in intensive care units including seeing medical staff as ghosts or devils. “I have seen patients, with PTSD following hospital treatment for COVID,” he said, “and I would expect there to be a follow-through with others -  people who have been on intensive care units who have suffered delirium, an acute confusional state, which can be  severe and distressing with disorientation, hallucinations and fragmentary delusions. It can be really distressing. They have intrusive memories of their experiences of the delirium and the traumatic things they have seen in that state. This manifests itself in nightmares and flashbacks, in which they get memories of their hallucinations which can be very upsetting.”

Dr McLaren, of the Priory’s Hayes Grove Hospital, Kent and Priory’s Wellbeing Centres in London, is also a member of the International Society for Traumatic Stress Studies. He said hallucinations were a “recognisable complication of intensive care” adding: “The additional stressors now are everyone wearing PPE and an atmosphere of fear. This may have racheted up the rates of PTSD.” The consultant said he had treated a patient for PTSD who had spent a month on a ventilator. ICU staff have long been aware of the risk of adverse psychological reactions to ICU treatment. The high risk times are when patients are waking up in preparation for coming off ventilation, or prior to discharge from an ICU.

“Hallucinations are caused by an acute confusional state in that brain function gets disrupted very rapidly,” Dr McLaren said. “That can be caused by a high temperature, dehydration or even sleep deprivation or immune response attacking the brain. With delirium you get disorientated, confused about where you are and visual hallucinations of varying complexity and a sense of intense which can be deeply traumatising.”

If PTSD is left untreated, these symptoms can become severe and long-lasting which can subsequently affect your family, social and work life.

It is unclear why some people develop the condition while others do not, but some people who have suffered from depression or anxiety in the past, do not have emotional and psychological support or have gone through a traumatic event are more likely to develop PTSD.

Dr McLaren said PTSD was sometimes treated with anti-depressants but the main treatment was psychological – “exposure-based, which means bringing fears to mind while in a state of relaxation”.

He added: “We also know that immediate social support is an important protective factor which of course has been severely disrupted during COVID

“After major incidents like Covid, PTSD may not come initially because people focus on their physical recovery, breathing, and recovery from long Covid. The psychological effects may be lower down the hierarchy. I suspect quite a few people will be traumatised and there will be a definite need for help for PTSD and the complex grief reactions caused by dislocation and separation from loved ones.” 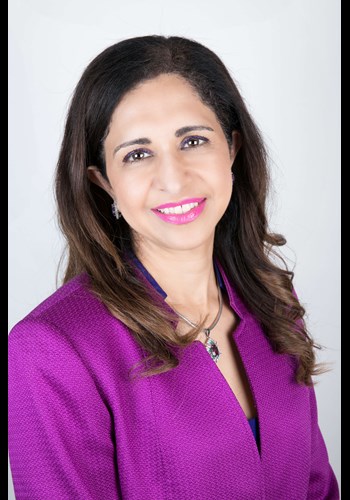